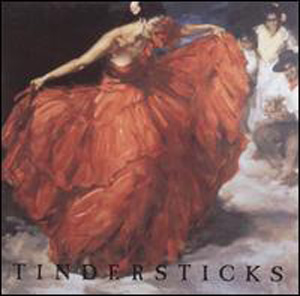 BETWEEN NICK CAVE AND THE FALL maybe; or separating early Dexys from mid-peri-od Pogues; or even right back alongside Lee Hazlewood and Leonard Cohen – ...

IT'S RARE enough these days that you find two decent bands on the same bill, let alone four. So hats off to the New Musical ...

THERE'S A WONDERFULLY hushed, still quality about Tindersticks that pulls you closer to the speakers. Casually overheard, much of this album sounds like little more ...

IT USED to be easy to dismiss Tindersticks - to deride them as boho poseurs, as wannabe Nick Caves, as provincial boys who came to ...

OH, AND ONCE AGAIN TINDERSTICKS have made the grandest, greatest record on earth. You hear it and the love pours out of you. It's really ...

"WE HAVEN'T found our feet yet, have we?" mutters Stuart Staples mid-set. A voice from the crowd is shy but clearly audible: "Yes, you have!" ...

Tindersticks: Live at The Botanique, Brussels

AH, EUROPE. Given the increasingly infantile world of Anglo-American rock and pop culture, it's heartening to know there are giant pockets of pre-post-modern, un-ironic reverentiality ...

THE ALBERT Hall was surely built for Tindersticks. Actually, no, I've just done some in-depth historical research and it was built for other reasons, but ...