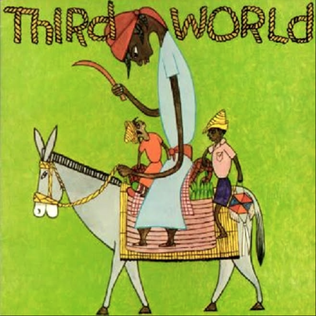 THIRD WORLD were the support act at Bob Marley and The Wailers' Lyceum concerts last summer, where they provided the kind of pleasant surprise that's ...

SINCE THEIR appearance in 1975, Third World have always seemed the most likely candidates to follow Bob Marley through the gates marked Reggae/Pop Crossover. ...

IT IS surely not coincidental that now Island seem to have relegated Bob Marley and company to the status of lampoonery with joke titled albums ...

OBVIOUS I know, but it seemed more than a coincidence that Third World should kick off their opening night in London on the first anniversary ...

Author's note, 2020: The Harder They Come, conspicuous by its absence from this list, was not included, since it was the subject of a feature ...