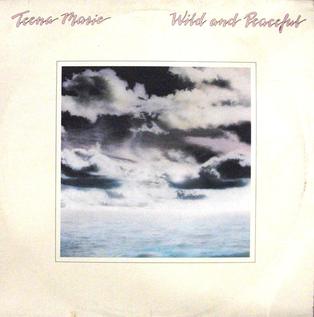 Teena picks her favourite seven tracks from her own back catalogue, and selects three by other artists that mean the most to her.

IT MUST be a while since Motown Records had two singles in the same Top 10, but Jermaine Jackson and Teena Marie cracked it for ...

ON THE west side of Los Angeles lies Venice, situated between LA proper and the ocean. Most of it is beach. ...

MARY CHRISTINE BROCKERT is a tiny white California gal who makes big, beautiful black music. Her speciality is exuberantly sassy and happy music for the ...

LIKE PRINCE, Teena Marie is her own producer, writer and arranger. Such autonomy is impressive considering Marie's age (mid-20s), gender and race. Her situation is ...

FOR ALL THE extremely pleasurable flesh pleasures in her music, Teena Marie is devoutly religious. Up until 1985, she probably drew a lot of comfort ...

THE WILD white girl of Motown (rtd.) links up with Rick James again, and reminds us of a whole slew of things we were forgetting ...

WlTH ITS strong lineup of urban contemporary talent on display and its billing as "the hottest show of the summer," this event could hardly have ...

EVEN IF you frequent arthouse cinemas like others do toilets, sometimes you can't avoid the craving for glitzy Hollywood entertainment. By the same token, anyone ...

R&B's honorary soul sister, Teena Marie, has a new album, her own label, and a beautiful daughter — it must be magic. ...

SHE IS quite simply, one of a kind, a phenomenon of sorts in the world of soul music. For an amazing twenty-five years – since ...

IT TAKES a certain 'something' to maintain a career with any sort of longevity in the music industry – more now than ever. Long gone ...

THERE'S NEVER been a funkier white girl than Teena Marie. With hits like 'Lovergirl', 'Square Biz' and 'Fire and Desire' – a duet with former ...