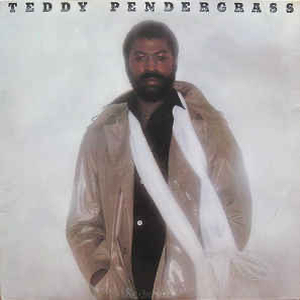 Is Teddy or David the Real Harold Melvin?

...Mr. Pendergrass, that is. B&S's John Abbey began whistlin' the toons from Teddy's album within minutes of first hearing it, an' that's the most accurate ...

CURRENTLY fulfilling all the promise he's ever shown when with Harold Melvin & The Blue Notes with a flourishing solo career, we took a little ...

WITH THE acceptance and success of Teddy Pendergrass' second solo album for Philly International Records, it seems that he has established himself in the forefront ...

Dear brothers and sisters: If you are interested in being a part of the Universal Community of Mellow Truth, sip a glass of wine and please pay attention. In ...

Teddy continues to fill the major stadiums across the States and now he tells David Nathan what it'll take to tempt him to Europe... ...

Teddy Pendergrass: Workin' It Back (Asylum)

ONCE, IN church, the lady next to me, looking plain and 30 and man-less, felt the rapture so powerfully that she made Jesus her lover, ...

Who Took the Heart out of Soul?

As London prepares for more streamlined sophistication, Adam Sweeting wonders what happened to the sweat and suffering ...

Teddy Pendergrass: Preparing To Close The Door And Turn Off The Lights After 25 Glorious Years?

Teddy celebrates the 25th anniversary of his highly successful career with his new A Little More Magic album, but he hints to JEFF LOREZ that ...

CELEBRATING BLACK MUSIC MONTH WITH SOME OF THE STANDOUTS OF R&B, SOUL AND HIP-HOP, MICHAEL A. GONZALES REMEMBERS THE LATE, GREAT TEDDY PENDERGRASS ...

Teddy Pendergrass Turns Out the Lights… with Help