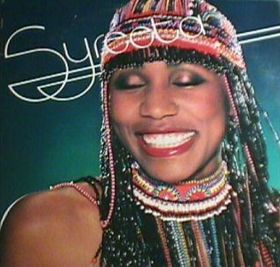 THIS YEAR, 1970, Motown are celebrating their 10th anniversary. During their ten very successful years, Stevie Wonder has been virtually an ever present. ...

I HONESTLY wonder how many people have listened to Syreeta's first Mowest album, entitled simply Syreeta, and compared it to the last record that this ...

Syreeta: Spinnin' To The Top

LIVING IN the footsteps is a problem which daunts performers from time to time when they come from a successful musical family – we all ...

SYREETA WRIGHT'S exhortations were built around Stevie Wonder, whose name was mentioned often and with reverence throughout the performance. Syreeta left no doubt that she ...

Syreeta: In Her Own Wright

BACK IN 1967 Motown decided to give a break to one of their secretaries who was busting for a recording break. Nick Ashford and Val ...

David Nathan catches up with the lovely lady and reports that she's feelin' on top of the world. And there's news of her upcoming album ...

Billy Preston & Syreeta: Rebirth? A Fast Break is all it Takes...!

Lloyd Bradley talks to Billy Preston and Syreeta, the latest in a select line of classic hit pairings ...

25 years on the dancefloor, Tamla Motown is still the black music label. In the '60s, their motto was 'The Sound Of Young America' — then hard ...