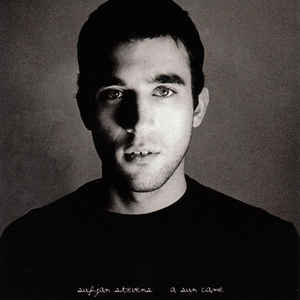 Mr Stevens talks about his latest album, Illinois: his memories of Chicago and Peoria; reading biographies of both cities; how his writing is informed by fiction, and how fact and fiction interchange; the instruments used in making the album; his long track titles; Detroit v Chicago; the influence of Terry Riley; his Steiner School upbringing, and his addressing of the Native American genocide.

POSTMODERNISM HAS jacked it all up. In its wake, the cultural zeitgeist of irony has become so prevalent and requisite that plain old earnestness ceases ...

The 50 States of Rock: Sufjan Stevens

THERE HAVE BEEN MANY extra-curricular activities traditionally associated with the life of the travelling rock'n'roller. Teaching knitting to the blind is not one of them. ...

IN AN AGE when the commercial imperative has reduced the notion of ideal musical production to one of recycling old techno riffs, slapping a treated ...

Report and Interview by Andrew Purcell, The Guardian, 27 October 2009

THE BROOKLYN-QUEENS EXPRESSWAY is a miserable stretch of road. The BQE, as New Yorkers call it, has narrow lanes, no hard shoulder, countless potholes, and ...

EVER THE restless soul, Sufjan Stevens has, since the hysteric electro of his last album proper, 2010's The Age Of Adz, released an album with ...

THE DIFFERENCE between Rufus Wainwright's full length lament for his late mother, All Days Are Nights: Songs for Lulu, and Sufjan Stevens, Carrie And Lowell, is ...

IN AN INTERVIEW with The Quietus' Jeremy Allen in October 2010, with music streaming still in its relative infancy, Sufjan Stevens opined that technological change ...