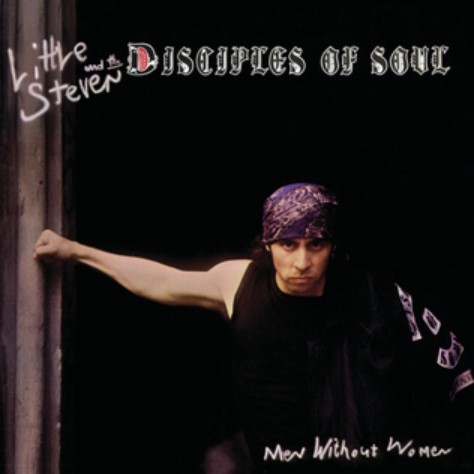 Miami/Little Steve(n) talks about his life in music: playing in covers bands in New Jersey in the late '60s; first meeting Bruce Springsteen; getting sacked when Bruce got signed; the formation of the Asbury Jukes and the Stone Pony scene; joining the E Street Band during the making of Born to Run; forming the Disciples of Soul and recording Men Without Women; and being saved by rock'n'roll...

LOS ANGELES: Miami Steve Van Zandt has been in Bruce Springsteen's band for over a year now, and also finds time these days to guide ...

ONCE UPON a time the Federal Bureau of Investigation was more talked about than Michael Jackson is now. Seems that lots of folks got disrespectful ...

RAR! RAR! Disputin'! The History of Rock Against Racism

SILVIO DANTE, Tony Soprano's loyal soldier and owner of the famous Bada Bing strip club, is in the lobby bar of a Sydney hotel and, ...

WHEN BRUCE Springsteen slipped into his Baptist-preacher mode and acknowledged E Street Band members at the Forum in Inglewood last year, he concluded his round-robin ...

WITH JAMES BROWN no longer around, Steven Van Zandt might just have the title of the Hardest Working Man in Show Business. ...

Steve Van Zandt: "We said we'd walk together, come what may…"

FOR FANS of The Sopranos, Steven Van Zandt will forever be Sil, consigliere — chief adviser — to troubled mob boss Tony Soprano. In reality ...