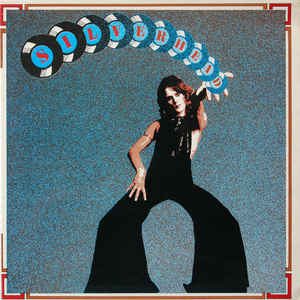 IF YOU TAKE a certain measure of pride in staying fully in touch with the Music Press (where trends bend and fashions flourish), the question ...

IF YOU HAVEN'T seen them, you might feel like cramming Silverhead into the flash-in-the-pan bin. Their albums haven't been monumentally impressive, and their publicity veers ...

Silverhead Training For The Heavyweight Stakes

THE SIGN on the marquee outside the Continental Hyatt House on Sunset Blvd., L.A., read: "Welcome Silverhead." Well, not quite: the 'a' was missing after ...

FRESH FROM a cameo appearance in To Sir With Love comes Michael Des Barres, lead singer and some-people-think-he's-a-star of Silverhead, who looked a lot better ...

THOUGH THE degree of his sales success thus far has been, to put it kindly, limited, Michael Des Barres has lived one of rock's more ...

MOST OF you will never have heard of Silverhead. The pseudo-flowery moniker of frontman Michael Des Barres probably doesn't even tinkle the vaguest of bells. ...