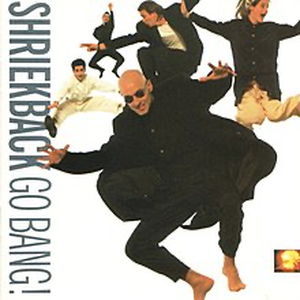 I DON'T KNOW whether it was the film of African boys being circumcised or the self-important and gimmicky drone that accompanied it, but back in ...

Are Shriekback’s polyrhythms just polytechnic or is their dance stance entrancing? ...

1985, AND A GAGGLE of groups plough a well-furrowed, increasingly barren field. ...

SHRIEKBACK are one of those groups who inhabit alternative pop's netherworld. Always there, a name in the new releases column, but never the one that ...

WHENEVER I used to hear the name Shriekback, my imagination would immediately thrust out a picture of Kalahari bushmen bedecked in Walkmans. ...

Shriekback: The Piercing Sounds Of Shriekback