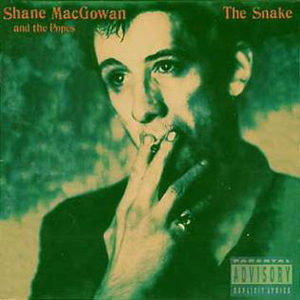 Shane MacGowan: Dark Side of the Hooligan

Shane MacGowan has not been a happy man since the 'natural living' days of punk. Now he's disillusioned with the Pogues and a recent medical ...

Cancel the hearses! Desist with the obituaries! For Shane MacGowan lives, in spite of a heroic chemical intake and his ownership of the Western world's ...

It's a long way to Tipperary. Ask Shane MacGowan, who staggered out of The Pogues to spend two years exploring his home town and re-examining ...

One of them's the stumbling genius who used to front The Pogues, the other's a chisel-jawed Hollywood superstar actor. They are drinking buddies SHANE MACGOWAN ...

Shane MacGowan: One More For The Road

THERE ARE THOSE who believe that Shane MacGowan is among the most gifted and singular singer-songwriters to have emerged in British music in the past ...

Shane MacGowan: It's A Long Way From Tipperary

AS PUNK PASSION dissipated and died, choking on its own irrelevance, a generation of serial venters were suddenly deprived of its primal, therapeutic effect. The ...

The Terrible State Of Shane MacGowan

Skint, on drugs, walking a tightrope life, a young man dead in his flat: things could hardly have looked worse for Shane MacGowan. Then, astonishingly, ...

Shane MacGowan and Simon Napier-Bell: The Sound And The Fury

Exclusive: Pogues' Shane Tells How He Made It To 50

see also Nips, The (aka The Nipple Erectors)