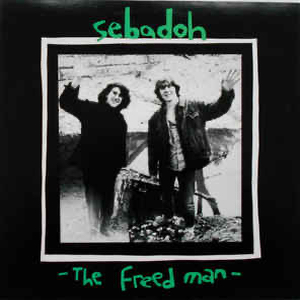 IN A PERFECT world, this hot bill would have been inverted. Sincere as Buffalo Tom is, the group's latest album, Let Me Come Over, doesn't ...

ERIC IS STRANDED alone onstage behind his drum kit. Sebadoh have been announced but it's clear that the rest of the band aren't even in ...

Sebadoh: 'Doh What A Lovely War

Sick of plaid-toting, attitude-brandishing, Seattle-worshipping corporate rock wannabes? Then seek a cure with SEBADOH, who speak the unspoken and think music is a huge and ...

Sebadoh: Lou Barlow vs. the Riddler

EVERY GREAT music of self-denial depends on a culture of self-denial. Doo-wop's pained, courtly pleas to remote earth angels had their roots in the layered, ...

Beck and Sebadoh: It's Saturday, It's Two O'Clock and It's... Slackerjack!

It seemed like a good idea at the time. Get BECK, the blue-eyed, wigged-out Californian space baby whose slacker anthem 'Loser' topped the American charts, ...

SEBADOH flirt with the mainstream ...

EMPIRE OF THE DEFENCES ...

THE BEST INTRODUCTION TO Sebadoh comes in the form of an 11 minute cut-and-paste manifesto, tacked – without the benefit of a title – onto ...

FOR YEARS, the '60s-garage-style dissonance and folk-inspired melodicism of this prolific indie band have been associated with the low-fi movement. But Sebadoh really make high-risk ...

Gone are the days when SEBADOH records were the lowest in fi. We meet them in London and hear about their shiny new pop direction ...

He'd consider making a necklace from his toes, when he's dead he wants his body to be cut up and distributed to people... And he's ...