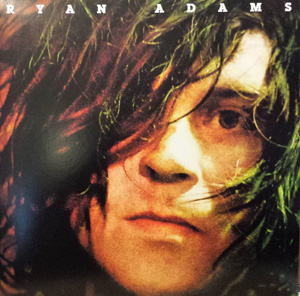 The ex-Whiskeytown man on his solo albums Heartbreaker and Gold; singing with Emmylou Harris and on the ghost of Gram Parsons; recording in Woodstock; the end of Whiskeytown and going solo; living in Los Angeles and Nashville; side project the Pink Hearts; the Lost Highway label... and his hair!

Alt country wastrel goes it alone in the Apple. ...

Ryan Adams was alt.country’s brightest hope – the new Gram Parsons, no less – till his band Whiskeytown unravelled. Then he veered off the No ...

Leaving the South behind for La-la land, Ryan Adams makes a bid for rock stardom. And why shouldn't he, asks the Reverend Al Friston? ...

I FELL IN LOVE with Ryan Adams the moment I first heard his voice. It was in the early fall of ‘97 and I was ...

IT'S POSSIBLY THE single most obvious thing you can say about Ryan Adams, and it's a joke that's been made countless times already, but you'd ...

I SAW rock'n'roll's future and its name is… all right, calm down everybody. ...

Who was the most important figure to emerge from the break-up of Whiskeytown – Ryan Adams or Caitlin Cary? Geoffrey Himes ponders the issue. ...

RYAN ADAMS IS not feeling well. "Summertime cold," he snuffles, and for a while, early on in our conversation, he seems intent on spreading the ...

BETWEEN HIS spare solo debut Heartbreaker and last year's swaggering Gold – the one where he sounded like he'd swallowed a jukebox of Stones, Who ...

IF ROCK'N'ROLL were high school, Ryan Adams would be the faintly irritating yet firecracker-hot 2001 valedictorian-acing history, kicking it with that cute young chem teacher, ...

THE ONE GOOD thing about projectile vomiting is that at least your T-shirt stays clean. Ryan Adams's frat-house top is a spotless scarlet, its brightness ...

Ryan Adams at the Forum, London

Ten Things You (Don't) Want To Know About Ryan Adams: He spills the beans on his romantic foibles, his phobias and chocolate. ...

HE ANSWERS THE PHONE like a petulant teenager: another day, another interview to sulk his way through. ...

Boy Wonder Eases Up: Only His 9th LP In Seven Years ...

Ryan Adams and the Cardinals: Cardinology

RYAN ADAMS' drug problems and public tantrums have often overshadowed his music. But Cardinology may put an end to that. ...

DESPITE WHAT Ryan Adams tells us tonight, it wasn't true that this was the first time he had ever played London "without being chemically challenged". ...