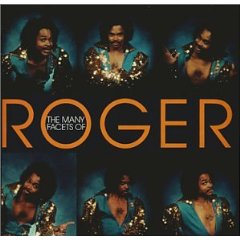 He disapproves of drugs! He digs Yes! From being pushed by his father as a kid, via the P-Funk connection and the Ohio funk scene to his mad recording methods, Zapp frontman Roger Troutman tells all.

The House Of Zapp

THE DAYTON, Ohio-based Troutman clan that has given us Zapp and now Roger has developed perhaps the most schizoid personality in black music. ...

SIMON REYNOLDS WAGS CHINS WITH ROGER TROUTMAN, THE MANDARIN OF SURREAL FUNKSTERS ZAPP, AND DISCOVERS WHY SCRITTI'S GREEN WAS SO DESPERATE TO RECORD WITH THE ...