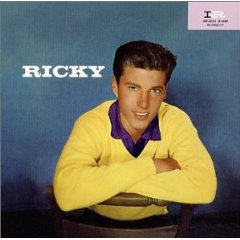 A year after hitting with 'Garden Party', the former teenthrob talks about getting his new band together; his love of the pedal steel, and his steel player Tom Brumley; his new album Windfall; his against-type TV acting roles; the LA club scene and his favourite, the Palomino; leaving 'Hello Mary Lou' behind, and not being trapped by his past.

'YOUNG WORLD' is probably the last disc by Ricky Nelson you'll see in the NME Charts – but don't panic. At 21 Ricky has no ...

Some interesting LP's — a new and an old Orbison, powerful Move, brilliant Byrds, but a let-down from Jefferson Airplane, and an unexpected goodie by ...

A YEAR and a half ago and full of enthusiasm for his new band, Rick Nelson set off for Europe and a tour of American ...

Rick Nelson: You're Not A Kid Anymore!

Rick Nelson: Has it Really Been 2 Years Since Garden Party?

BEFORE I RECEIVED a test pressing of the new Rick Nelson album, I was informed that this elpee marked a big change in direction for ...

THE CLUSTERS of signs reading "Rick Nelson Now" hanging in the Sahara Tahoe casino reveal the hand of Colonel Parker, the famed manager of Elvis ...

Rick Nelson Goes Back On The Boards ...

ONE OF THE GREAT rock'n'roll guitarists of the 1950s, but a man who remained virtually unknown to all but the cognoscenti until comparatively recently, is ...

FOR SOMEONE who, in his pomp between 1957 and 1963, was almost as big as Elvis Presley, Ricky Nelson appeared neither comfortable with or conscious ...