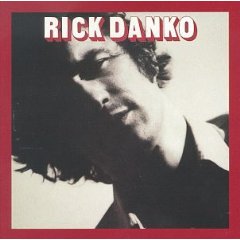 A fascinating interview with Rick Danko about living in Woodstock, the Big Pink ("actually magenta") , and working in the Basement with Bob Dylan.

Rick Danko: Solo, But Not Alone

WITH THE possible exception of Robbie Robertson, the individual members of the Band have enjoyed a remarkable anonymity that belies their status as one of ...

IT'S ODD that the least prodigious songwriters in The Band should be the quickest to deliver solo goods. First Levon Helm and now, hot on ...

I WAS A RICK Danko fan from the first note of the first song he sang on Music From Big Pink, 'Caledonia Mission'.  There was ...

Danko: Happy With His Band — And The Band

THE LIGHTS went down at the Cellar Door and the disembodied voice purred: "Please welcome to our stage, Arista recording artists the Rick Danko Group." ...

SO IT WASN'T our imagination — Band fans have been chomping on gruel since the release of the group's second album. Rick Danko's solo debut ...

"IS EVERYBODY getting enough to drink?" asked ex-Band bassist Rick Danko from the Paradise stage, concerned that, as the party's host, he might have neglected ...

The Band's Rick Danko Dies At 56

ON THE SURFACE, the years following the initial disintegration of The Band and the release of his only solo album yielded diminishing returns for Rick ...

Dispatches from the Everyday World of Music: An Assortment