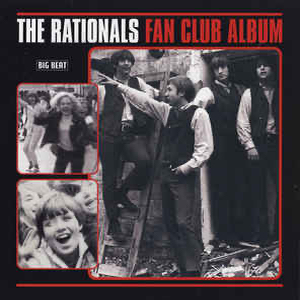 The Rationals: 'Respect' Makes a Hit for Ann Arbor Quartet

PUT TOGETHER an Otis Redding tune, 'Respect', and four talented guys from Ann Arbor called The Rationals and you've got a big hit record. So ...

The Rationals: One of Detroit's Real 'In' Groups

WHO DOES Mitch Ryder demand back him up when he does a special appearance in Detroit without his band? Who stole the show at the ...

DETROIT IS turning into ROCK CITY before our eyes, and we love it! All over the country groups are being "discovered, " and cities like ...

ALL THAT killer, bizarre, get-down music that constantly pumps out of the Motor City had to come from somewhere, right? Here's where. The Rational are ...

THE STANDELLS story convolutes through a media maze. Russ Tamblyn's brother, Larry Tamblyn, had already recorded on an East L.A. Mex-punk label when he founded ...