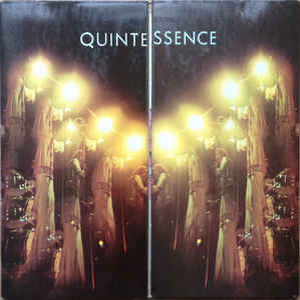 OXFORD GARDENS, just off Ladbroke Grove in deepest West Eleven, is currently the focal point of a community of artists (musicians, painters, poets) who will ...

Update, 2019. In the piece below I mention that Basing Street, where Island Records was established in 1969 in what had been an abandoned chapel, ...

Quintessence: Notting Hill Gate – a Single, a Group, and a Place

LONDON WEST Ten is the Grove. It is that part of Notting Hill straddling Ladbroke Grove, where, over the past few years, a whole new ...

2019 Update: I was crazy for Creedence. For The Guardian I reviewed Bayou Country in February 1969, saying "I rate John Fogarty as high for ...

Sounds of the '70s at Montreux

UP THE ROAD from where I'm sitting now, senior television executives from ail over Europe, and from America and Japan, have been descending into a ...

A BRILLIANT group in many respects, Quintessence unfortunately manage to alienate many potential enthusiasts through the expression of their religious and spiritual sentiments. ...

FOR QUINTESSENCE, 1971 must go down as one of the most successful years in their history – they have been going through a period of ...

The Manager of Quintessence

IT'S NOT OFTEN I come across the name Quintessence these days but the give-away CD on the most recent MOJO is an Island folk compilation ...

Quintessence: The Spirit Is Willing

Retrospective and Interview by Colin Harper, Record Collector, May 2014

SOME BANDS struggle for years for attention, but not Quintessence. Within weeks of forming, in April 1969, they were a word-of-mouth sensation. Chris Blackwell and ...