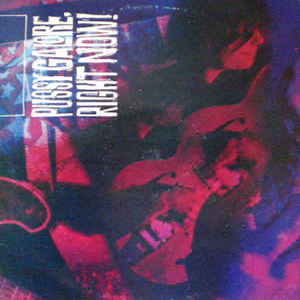 SIMULTANEOUSLY more rockin' & more fruitily pseudo-gnarly than their debut, this takes a certain type of flake aggression to its virtual lyrical limit. ...

"LAST NIGHT we were onstage, and it was like people were screaming and stuff, thrashing around – I don't know, it's like my initial reaction ...

Pussy Galore are back and the noise freaks are out in force to greet them. John Robb grills head Pussy Jon Spencer about their new ...

Using horrendous production and brattish titles PUSSY GALORE are fast and thrashing on the heels of The Buttholes and Sonic Youth. DON WATSON (clenched fists) ...

IS THEIR NEW ALBUM 'DIAL M FOR MOTHERF***ER' THE LAST WORD IN ROCK, A MOVE TOWARDS THE MAINSTREAM OR A SICK JOKE? IAN GITTINS SPEAKS ...

THEIR NEW ALBUM, HISTORIA DE LA MUSICA ROCK, CONTAINS SONGS LIKE THE QUAINTLY-NAMED 'ERIC CLAPTON MUST DIE' AND PROVES THAT PUSSY GALORE ARE STILL THE ...