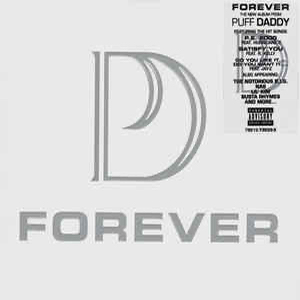 "IT'S ALL GOOD."Puffy’s conversation is peppered with this little nugget of current street-talk. ...

Puff Daddy: Born To Be Bad

Report and Interview by William Shaw, The Observer, 7 July 1996

New York can lay claim to having invented rap, but LA has violently rewritten the rules. William Shaw charts an increasingly bitter rivalry ...

IN LIFE, only death is certain. For the religious, the prospect of paradise beyond the great divide provides an energising, vital motivation. For the cynics, ...

Puff Daddy & The Family: No Way Out (Bad Boy Records)

Rap: Large and In Charge

Rap hasn't merely survived the shocking deaths of hip-hop leaders Tupac Shakur and Notorious B.I.G. It's thriving now, thanks to a fresh infusion from today's ...

THE SWITCH is flipped and the thin figure dressed in white, wearing a cap and dark glasses, sporting thousands of dollars' worth of jewelry and ...

HIS DAD was a hustler, his mother a model, he went to private school and he drives a Bentley convertible. If he were British, Sean ...

The first thing I asked him to do was get me a tape from the studio. He came back with it in five minutes. The ...

Puff Daddy: It Isn't Easy Being a Superman

A FEW SONGS into Forever, the recently released second album by the rapper-producer-entrepreneur Puff Daddy, there is a skit about people phoning the Player-Haters Anonymous ...