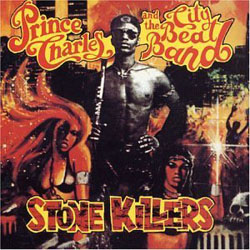 From the ghetto and gangs of Roxbury in Boston to the Lyceum ballroom: Prince Charles Alexander and his trusty Lyricon move on up.

Richard Grabel comes face-to-face with a studied image of comic-book cool steaming off the streets of New York. ...

IN DAYS of yore, it was not uncommon for plundering royalty to ravage the land and have their evil way with local wenches. But we ...