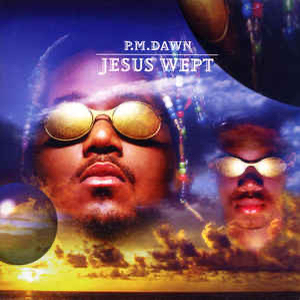 DIRE STRAITS fans are huddled in masses in the near vicinity, oblivious to the fact that the real revolution is being televised in this makeshift ...

Praise the Lord and pass the platitudes! PM DAWN may be worshipped as 1991's brightest, dippiest new rappers, but they're keener to be set adrift ...

They've been nominated for a Brits award as Best International Newcomers, and their new single, 'Reality Used To Be A friend Of Mine', is a ...

Reality used to be a friend of theirs — now PM DAWN, the world's leading manufacturers of delicious hip hop soul, hate it with a ...

Lost in space? No. P.M. Dawn return with a pretty (yet slammin') third album — and a rebel whisper that says there's nothing wrong with ...

JESUS WEPT is a multitracked feast of guitar rock, pillow-soft pop, moody psychedelia and sugary-sweet R&B with only one straight-up rap track on the entire ...

Following the release of Mike Tyson and the acquittal of DJ Simpson the media circus is now focussing its attention on the spate of R&B ...

YOU PROBABLY think you've got P.M. Dawn figured out. After all, the lush melodies, intricate production, and cosmic sentiments expressed by Prince Be's brooding vocals ...