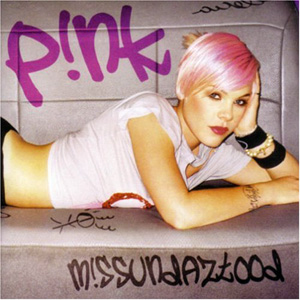 "ASSHOLE." Pink fixes me with a pale blue eyeball. ...

Be afraid Britney, Gwen and Kylie: there's only one candidate to be the new Madonna ...

THERE WERE TWO types of female fan at Pink's Brixton Academy gig. ...

Report and Interview by Dorian Lynskey, The Guardian, 9 December 2002

You were scheduled to snog Madonna at the MTV awards, but you dropped out and Britney took over. Why? ...

Come in, Madonna, your time is finally up ...

AFTER INSTIGATING the '80s rock revival currently sweeping the hit factories of US pop, it's only fair that Pink should now get to be its ...