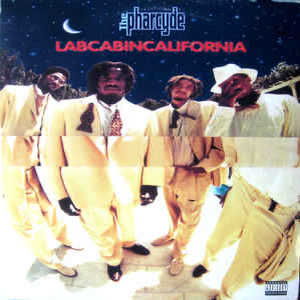 Interview by Frank Broughton, Mixmag, May 1993

LAYERS OF sophisticated jazz are slinking their way through your speakers. Smokey strains of Blue Note beats collide with the mastery of John Coltrane, Donald ...

HIP-HOP may have gained mass acceptance and corporate approval over recent years, but somewhere along the road it lost its sense of humour. Thankfully, the ...

From Manor to Cabin: The Pharcyde's Bizarre Ride

BACK AT THE HEIGHT of hip-hop’s dyslexia, when f’s were ph’s or not at all, there arrived a group from darkest LA who called themselves ...

THE PHARCYDE sneaked into our consciousness a few years back with the ridiculously infectious 'She Keeps On Passin' Me By' and they rode in strong ...

WHEN THE Pharcyde dropped 1992's Bizarre Ride II the Pharcyde, it was obvious these hip hop cats had spent many evenings with the stereo and ...

The Pharcyde: The Forum, London

IT'S A SHAME ABOUT CABARET ...

ONE OF several early 1990s hip-hop acts who seemed to confirm F Scott Fitzgerald's maxim that there are no second acts in American life, the ...