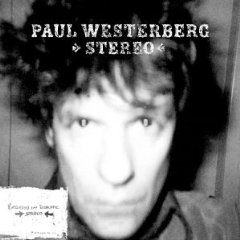 The newly-solo Westerberg looks back at the end of the Replacements and All Shook Down; the 'Mats' status as critics' darlings and pioneers of alternative rock, talks about songwriting and his new album 14 Songs.

MID-APRIL in Minneapolis. This weather is serious business. It's bitterly cold. Bob Mould, now of the mighty Sugar but then of the mighty Hüsker Dü, ...

Paul Westerberg Comes In From The Ledge

Independence Day, 1991. Lincoln Park, Chicago. One by one, the Replacements — what's left of 'em, anyway — hand their instruments off to their roadies, ...

Profile and Interview by Jeremy Gluck, Bucketfull of Brains, 1996

Paul Westerberg: Too fast to live, too old to die

David Sinclair talks to rehabilitated rock'n' roller Paul Westerberg about drugs, death, hellraising and the joys of a quiet evening in ...

PAUL WESTERBERG may be known for his bittersweet lyrics and forlorn melodies, but his sentimentality certainly doesn't extend to his guitars. ...

Westerberg Adds New Depth to His Passion for Playing ...

How Paul Westerberg Got His Groove Back

ON HIS CLEAR-EYED NEW ALBUM, THE ONETIME BASTARD OF THE YOUNG MAY HAVE FINALLY LAID TO REST THE BEERY MEMORY OF THE LATE, GREAT REPLACEMENTS. ...

Paul Westerberg on his infamous past, fatherhood and his most personal solo offering to date, Folker. ...

At Paul Westerberg’s show, rock energy and stage entropy wrestle to a draw ...

Rocker Paul Westerberg talks about fame and his bad reputation. ...