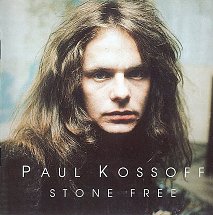 Back from the Dead: Paul Kossoff

Despite that painful appearance on the OGWT, Paul Kossoff is Alive and as Well as anyone could be after being at death' s door ...

WHAT CAN you do but grieve. Just grieve. Too close to the edge, always. Pain, so much pain, so much of the time it seemed. ...