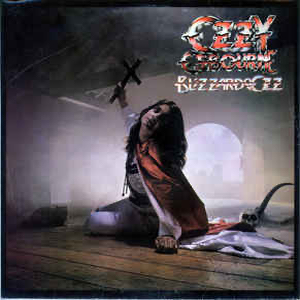 THE UNEARTHLY NOISE that barrels over the pines and down Alpine Valley in rural Wisconsin last summer was a clear signal that the natural order ...

In that inimitable Black Country accent, Ozzy talks about his background, musical roots and the birth and death of Black Sabbath. Sacked by Sabbath, saved by Sharon, going solo: Ozzy tells all about the ups, the downs, the addiction and alcoholism. Drugs! Drink! Management Rip-Offs! It's all here.

The Ozzmeister effs and blinds his way through subjects ranging from the death of Princess Diana to the myth of Sabbath's Satanism and the US religious backlash, via a detailed description of his substance abuse and much more.

IN THE PAST Ozzy Osbourne has often over-dramatised the state of both his mental and physical health, but as he now relates his reasons for ...

Ozzy Osbourne: How Black Was My Sabbath

NEW YORK'S Plaza Hotel is so posh you wouldn't be at all surprised to turn round and catch the Queen Mum sliding down the bannisters ...

THIS MAY be a little hard for Cliff Richard to take, but his fellow Xian, Ozzy Osbourne, has by now become the English Elvis Presley. ...

IN THE BLACK CORNER, Sabbath. In the white corner, their sworn adversary, Ozzy Osbourne. Or vice versa. ...

On the bus en route from Salt Lake City to Denver in the early morning hours of January 10, 1982 ...

ACT ONE Scene One: Outside, on the coldest night of the year, the wind is howling. But a noise more unearthly still emanates from the ...

The last interview by GARRY BUSHELL ...

EXACTLY HOW and why this extraordinary album came about is a mystery on a par with the Turin Shroud. I personally fancy it's Ozzy's way ...

Sharon Osbourne: The Power Behind The Throne

Before she linked up with, and subsequently married, Ozzy, Sharon Osbourne was better known as the daughter of Don Arden, proprietor of Jet Records and ...

Clarabelle Talks Back: Ozzy Osbourne's No Bozo On This Bus

THEY WARN you about the madman. That he wraps himself in scales and chains, fangs and dripping saliva as he prowls arenas of the night. ...

Now It Can Be Told! I Was A Monk For Ozzy Osbourne!

Ozzy Osbourne: Prince of Sin, 'bourne to be wild

OZZY OSBOURNE is a particular man. He wouldn't walk out in the street with shit on his trousers, he is not colour prejudiced and he'd ...

WHEN I MET the editor of Kerrang! the other week, I asked him why he liked heavy metal, assuming that here, at last, was someone ...

The Road of Excess, said William Blake, leads to the Palace of Wisdom, but in OZZY OSBOURNE'S case it led to Castle Donington and endless ...

Ozzy Osbourne: I am Oz the Great and Terrible

Everyone believes Ozzy Osbourne is the devil, the perfect scapegoat for hysteria and madness. "To be Ozzy Osbourne, you got to be special," he says. ...

Why does MR OSBOURNE bite the heads off small animals? Ozzy can. Get it? Is Oz a fat geriatric bastard who'd be better off playing ...

NEON NIGHT, LA. Clad in leather and flashing skull'n'dagger tattoos, Chris Holmes of WASP — the Peter Sutcliffe of heavy metal — is lounging on ...

Indeed you do... for the guitar Hendrix played at Woodstock. But it's considerably less for a life-size oil painting of Ozzy Osbourne. Adrian Deevoy examines ...

Overview by Deanne Stillman, The New York Times, 12 May 1991

With myriad clubs, fanzines and hair salons, rude dudeness (tattoos included) is a way of life. ...

Dancin' With The Devil

STEFFAN CHIRAZI charts the history of all those supposedly Satanic bands — anyone out there remember VENOM and their 1982 classic Black Metal, or the ...

The Ozzmosis of Ozzy Osbourne

IT IS THE Winter of 1980-1. Black Sabbath are playing at the Hammersmith Odeon, for the first time without Ozzy Osbourne – widely regarded as ...

The greatest show on earth has FEAR FACTORY, MANSON, TYPE O, MACHINE HEAD and COAL CHAMBER on one bill — and it's just destroyed America. This ...

Ozzy Osbourne: The Godfather Of Metal Lands On The Good Foot

Nearly 30 Years After Founding Black Sabbath, The Godfather Of Metal Lands On The Good Foot ...

Mr John Osbourne on running the marathon, talking to horses, and "drinking the occasional beer". ...

"Martha Stewart Can Lick My Scrotum!" Life chez the Osbournes

A COUPLE OF years ago, my wife Coco and I did a few shows in which we played Sid Vicious and Nancy Spungen if had ...

Report and Interview by Ian Gittins, The Guardian, June 2002

YOU KNOW THAT embarrassing scenario where you go round to visit a married couple and they end up having an unholy ruck in front of ...

Could things be any better for Ozzy Osbourne? His family's TV show, The Osbournes, is a runaway smash, and his traveling metal revue, Ozzfest, is ...

PICTURE THIS. It's next Monday night at Buckingham Palace, the grand finale of Queen Elizabeth II's jubilee concert. Stars of the British rock'n'roll firmament crowd ...

"RANDY WAS my best friend," says Ozzy Osbourne. "He was also the greatest musician I have ever known. Back when we had no dough, we ...

WILDE: Your house in Buckinghamshire was burgled in November 2004. What was that like? ...

Sharon Osbourne: Is Sharon "Loved"? Everyone I Know Can't Stand Her

Ozzy Osbourne: Lord of the Wings

Profile and Interview by Barbara Ellen, The Observer, 20 May 2007

He has snorted ants, tried to throttle his wife and bit the head off a bat. But now, Ozzy Osbourne tells Barbara Ellen, he is ...

After 14 years of rumours and false starts, Guns N' Roses are promising to release their new album. There's even a ticking clock on their ...

I FIRST SAW OZZY in the early 1980s.  I wasn't much of a fan, but I got roped into driving an Oz-obsessed friend and scalped ...