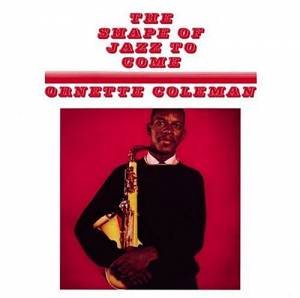 "Being poor is not because money doesn’t exist and being rich doesn’t mean you know everything. But in America, art has more to do with ...

The legendary innovator ORNETTE COLEMAN at the ballet. Up on his points in bright green tutu is Brian Case. ...

Ornette Coleman's harmolodics brought about the musical change of the century. After his New York comeback last year, the legendary tenor man talked to Vivien ...

Ornette Coleman: This Maverick of Modern Jazz Doesn't Like to Be Pigeonholed

MOST OF THE other horn-wielding giants who shook the foundations of jazz a generation ago — Coltrane, Dolphy, Ayler — are gone now. But Ornette ...

APPEARS WITH HIS TWO BANDS ...

Music Dreams Are Made Of: Ornette Coleman at Town Hall, New York

NEW YORK – Funny, the pent-up anticipation that usually wells up before a concert didn't hit me until a half hour before Ornette Coleman took ...

Jazz giant Ornette Coleman would like to teach the world to sing — if it understood him. David Toop reports ...

ORNETTE COLEMAN is one of the true immortals. A metaphysician, philosopher and futurist as much as a revolutionary musician, he set melody free from it's ...

THIS AFTERNOON I will meet Ornette Coleman, the world's greatest living jazz musician. Coleman is an iconoclast's iconoclast, Lou Reed's hero, a saxophonist who plays ...

IT SEEMS fitting that Philadelphia hip-hoppers the Roots should help kick off Ornette Coleman's Meltdown festival. ...

AMAZING, ABSOLUTELY AMAZING. At 80 years old, Ornette Coleman is still capable of generating overt displays of outrage without doing anything more than playing his ...