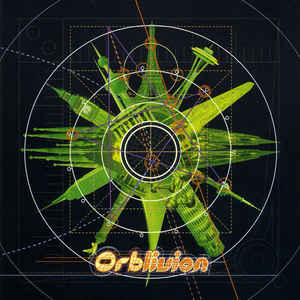 The Orb: The Warehouse, Leeds

AN ORB tour is already a pretty Zen concept without letting veteran hippy guitarist Steve Hillage out on a one-off day pass from Hillage Village. ...

The Orb: Sphere and Loathing

THE ORB are on the road and mayhem reigns. PUSH joins in the jollities ...

They're cooking up something deeply strange in the sound kitchen. The Orb explore your inner space with endless sonic dreamscapes that suggest a planet where ...

PIONEERS OF neo-progressive pop or appalling hippy throwbacks? That both descriptions apply to the Orb indicates the scale of the changes occurring in rock music. ...

The Orb: The Academy, Manchester

SOMETHING'S ROCKING IN THE STATE OF DENMARK ...

Q. WHAT'S THE difference between The Orb in concert and The Orb in the studio? A. An amazing light show, a revolving spiky symbol and ...

The Orb: O Is For Orb

THE ORB, the first band since Pink Floyd to transfer ambient noodling and stunning visuals from clubs to stadia, return this week with a new ...

AFTER FIVE years of squandered promise, wrong turnings, bitter splits and experimental muck-spreading, how much can we honestly expect from Alex Paterson? Five years in ...

Interview by Barney Hoskyns, Request, May 1997

"DOCTOR" ALEX Patterson, overlord of the Orb and revered godfather of the genus Ambient Techno, would like another brandy and ginger, if you don’t mind. ...

Living in Orblivion: The Orb

"THE RECORD COMPANY didn't have a clue what was going on." ...