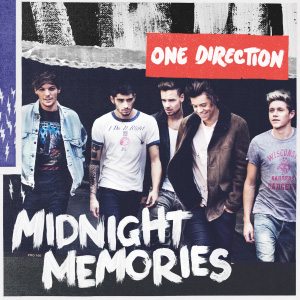 "SCREW BIEBER FEVER," tweeted a fan on the afternoon of this boy band's first London headline gig, "I've got a One Direction infection." ...

Just me and the boybands…

IT WAS BEGINNING to get very surreal. For months we'd been broadcasting live out of a brand-new studio overlooking Times Square, first as MTV Live, ...

IF SIMON COWELL is in the house tonight as One Direction start their first UK arena tour, he might have to conclude that his earthly ...

Crazy About One Direction, Channel 4

The boy band's third album is a fumbling transition from pop to rock ...

IF NIALL HORAN, Zayn Malik, Liam Payne, Harry Styles and Louis Tomlinson, referred to as One Direction, had thought it through, they would have cut at ...

One Direction: Stadium Of Light, Sunderland ***

There may be yet more trouble ahead but it will clearly take more than a whiff of controversy to blunt 1D's appeal ...