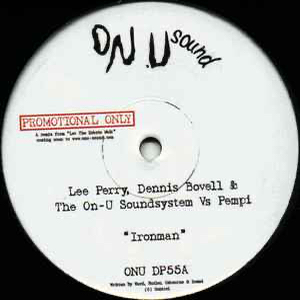 Producer/record company boss Sherwood talks about his huge array of projects: starting the On-U Sound label; projects and artists such as African Head Charge, Tackhead and Dub Syndicate; making dub records until his friend Prince Far-I's murder; working with Keith LeBlanc, Doug Wimbish and Skip McDonald; remixing Primal Scream's Vanishing Point, and the perils and pleasures of remixing; working with Lee "Scratch" Perry, and artists like Sinead O'Connor; the 'Barmy Army' football songs; his solo album Never Trust a Hippy; recording and technology, and running a label, and quite a lot about kids' football!

Gary Clail: Heard It Through The Bovine

This week, the On-U Sound takes its show on the road with 36 acts and five hours of murderous rhythm every night. IAN GITTINS joined ...

IN THE grey area between barrow-boy techno and lumpen flannel-rock, there exists a community of enthusiasts who refuse to let their output be dictated by ...