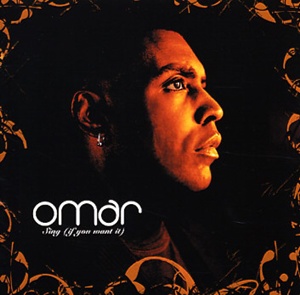 THE HAIRCUT speaks volumes. A multi-storeyed do with the sides shaved, it confirms Omar's refusal to exchange street fashions for something more upmarket. His has ...

Lloyd Bradley on Talkin' Loud, trying to become to dance music what Blue Note is to jazz ...

IN WHAT is becoming an oddly familiar scenario, a new wave of British soul singers is offering a young, credible alternative to the over-stylised dominance ...

A QUIET revolution is at hand in urban music. Gone is the boasting about the girl you seduced last night and can't remember today. These ...

Today's black singers conquer charts and hearts by crooning instead of crowing. ...

HE WAS A pioneer of the British soul movement of the 1990s, alongside Brand New Heavies, Young Disciples and Jamiroquai, but Omar claims the genre's ...

Profile and Interview by David Burke, All About Jazz, 16 October 2017

COURTNEY PINE didn't pick up his beloved tenor saxophone for more than a decade, until an album exploring the black British experience demanded it. The ...