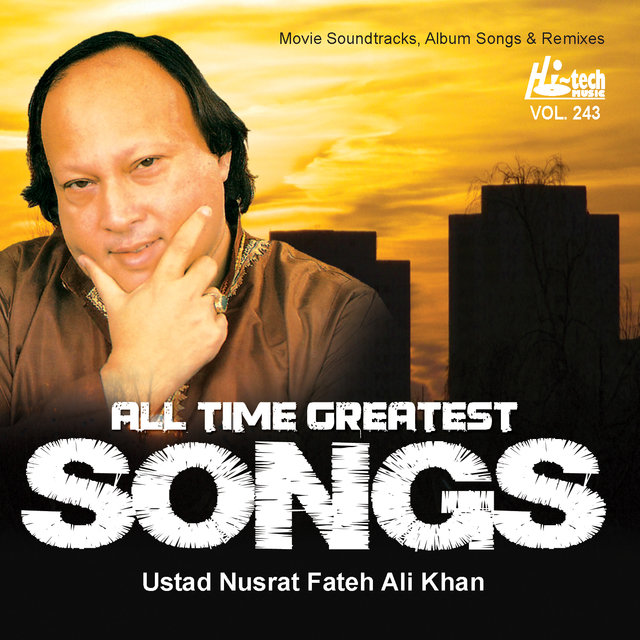 SITTING CROSS-LEGGED on an Indian carpet, surrounded by his seven-man qawwali "party," rotund Nusrat Fateh Ali Khan may look like Jabba the Hut but he ...

A Spirited Performance of Qawwali: Pakistani singer Nusrat Fateh Ali Khan and his eight-man group deliver an impressive set of intricate compositions to an appreciative ...

WHEN NUSRAT Fateh Ali Khan performs, people get high. They break into tears, fall into trances and feel like they're flying. They may even see ...

Best of All Possible Musics: Michael Brook and Loop Guru mess with Eno

IN THE WORLD of ambient music, Brian Eno is god, the all-knowing, all-powerful genius of the recording studio. So omnipotent is Eno that his disciples ...

"MUSIC IS THE HEALING FORCE OF the universe," So said saxophonist Albert Ayler, whose body was found floating in New York’s East River many years ...

Obituary by Will Hermes, Spin, November 1997

IT'S SADLY IRONIC that superstar qawwali singer Nusrat Fateh Ali Khan — the uncontested voice of modern Pakistan — would die on August 16, only ...