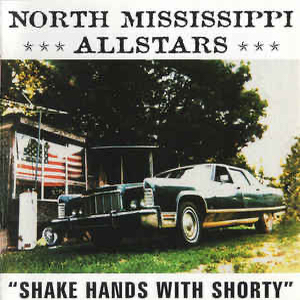 EARLIER THIS YEAR, the North Mississippi All Stars received a nomination for a Grammy (Best Contemporary Blues Album), the LB Critics' Awards for Best Debut ...

AT THIS POINT, going to witness the North Mississippi Allstars live in performance is somewhat akin to seeing god. Now a four-piece including guitarist/vocalist/multi-instrumentalist DuWayne ...

EVEN GOOD BANDS play bad shows. Equipment malfunctions, guitars don't stay in tune, somebody has a cold or a hellacious hangover. Maybe the vibe is ...

WHEN YOU hear the word "blues" you're bound to think of Mississippi. The phrase "Mississippi blues" leads at once to thoughts of Clarksdale and Greenwood ...

IT'S 4:15 A.M., the desert sky is as dark as a card shark's heart, and the North Mississippi Allstars are on their way to McCarran ...