New Riders of the Purple Sage 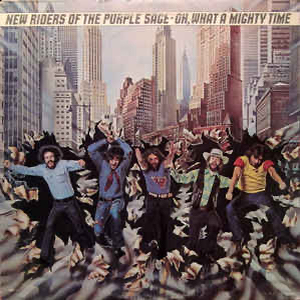 Jerry Garcia and Bob Weir from the Dead, plus New Riders David Nelson and Marmaduke, talk about Workingman's Dead and the birth of the New Riders of the Purple Sage, while DJ Ted Alvy spins tunes and tries to keep order. Originally broadcast on KPPC-FM Pasadena in December 1970.

One Stoned Evening With the Dead ...

I SAW the first night of the Dead's four concerts at the London Lyceum last Thursday. where they were ever so good for ever so ...

Grateful Dead: In the Wake of the Flood (Grateful Dead records, Import) New Riders Of The Purple Sage: The Adventures of Panama Red (CBS, Import)America: ...

New Riders of the Purple Sage: Home Home On The Road

IT WAS Greil Marcus who founded what has since become known as the "What-is-this shit?" school of rock criticism. ...

JUST LIKE Woodstock. Even before the New Riders of the Purple Sage kicked off Bill Graham's imported California Jam, bad acid circulated the main stand ...