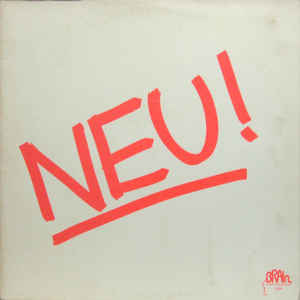 IF I WERE to tell you that a record you've probably never heard of was the album that David Bowie's been trying to make these ...

"Progress in the physical and mechanical sciences determines a progress in art." — Carlos Chavez, 1957 ...

A Trance In Tatters: Krautrock und Beyond

Welcome To The Machine: Kraut Rock

Julian Cope has championed it, new Nineties bands are ransacking it and the ageing German hippies that first created it are now packing in techno ...

Review by Simon Reynolds, Uncut, May 2001

The colossal early '70s Krautrock groove of Neu! has influenced everyone from David Bowie to Radiohead. Now, 30 years on, they're back. "We had no ...

In the early 1970s a revolution in sound occurred that was as influential in its own way as the birth of rock'n'roll or reggae. John ...

Conny Plank: The Soundtrack Of Our Youth

As Gronland release a four-disc box set of the music of Conny Plank, David Stubbs remembers the "midwife of Krautrock"... ...