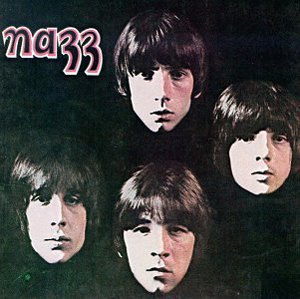 FOUR MAD, MERRY MUSIC-MAKERS have been setting the record industry on its ear – and have recently signed an exclusive contract with Screen Gems! A ...

The Inauguration of Todd Rundgren

NOO YAWK, NU YORK — Beneath the red fluorescence of Max's Kansas City, where the boys wear lipstick and the girls have nails, Alice Cooper, ...

Singles: 'Hello, It's Me' — Todd Rundgren

The Nazz: Open Our Eyes – The Anthology

Comprehensive collection of Philly pop-soul boys, fronted by Todd Rundgren, who looked to Swinging London for inspiration and then blew up. ...

TODD RUNDGREN IS the Philadelphia-born whizzkid who could and should have been the biggest star of the '70s. Next month, the man John Lennon referred ...

The Nazz: Hello It's Me

Their record company wanted the new Monkees, but guitarist Todd Rundgren had bigger plans for THE NAZZ, his ill-fated Philadelphia powerpop dandies. ...