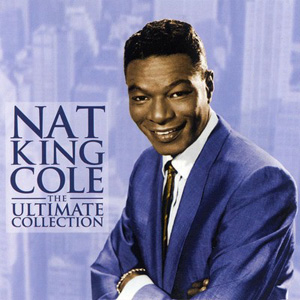 Report and Interview by J.T. Gipson, The California Eagle, 22 July 1948

I FIRST MET Nat Cole, leader of the world famous King Cole trio, at 2 ayem in the morning standing bareheaded in front of the ...

WHEN 'Ramblin' Rose' leapt high into the NME Charts last week, nobody was happier than George Shearing, in London for the start of his tour. ...

Not Even Nat Cole Can Afford To Be Without A Hit

AFTER 25 years in show business, with TV, radio and cabaret success his for the asking, you might think that Nat King Cole would count ...

Welcome Back to Nat 'King' Cole

INCREDIBLE — but in December, 1940, in a Hollywood recording studio, Nat "King" Cole made the first of many hit discs, 'Sweet Lorraine'. It is ...

SOFT LIGHTS, a smoke-hazed atmosphere, gentleness, smooth (and, if you're a susceptible girl, spine-tingling) singing. ...

HOLLYWOOD — "If I had to come up in the business today, I'd be a frustrated man. No one's developing stars anymore, and the industry ...

WE ALL SUFFER from blind spots, I guess, so I'll confess one of mine at once and admit that I'm almost totally proof against the ...

Live Review by Caroline Sullivan, The Guardian, 25 May 1992