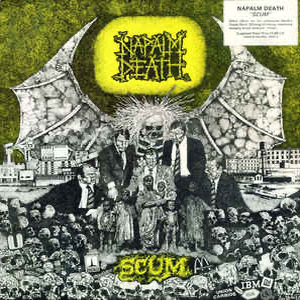 WHAT DO you do when you've reached the outer limits of the known universe? That's the question that haunts the makers of the Star Trek ...

Napalm Death: A Rage Of Reason

Napalm Death are back, and as terrifying as ever but 1990 sees the band advancing musically as Paul Elliott discovers. ...

Despite years off personnel traumas and line-up changes, NAPALM DEATH are still the same extreme noise terrorists they were in the mid-'80s. With their third, ...

Napalm Death: End of an Earache

THIS MUCH we know: having long since rejected such trifling notions as tunes, melody and coherent vocals, Napalm Death have concentrated their efforts on creating ...

WHAT CAN you say about a band who defined the very genre of which they are a part? ...

THE LANGUAGE OF death metal can be as undecipherable to outsiders as street grafitti, but the meaning is as clear: "Stay away – I ...