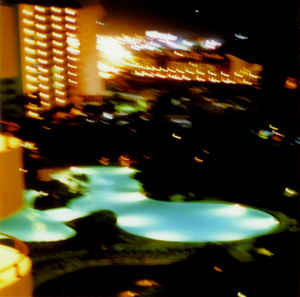 My Morning Jacket: At Dawn

Epic sounds from the Big Country, with a pocketful of soul and sanctified song. The Kentucky quintet's fourth album is a religious experience, says Keith ...

JAMMING IS A justly maligned practice in rock, too often the last refuge of self-indulgent musos running low on inspiration. ...

My Morning Jacket: At Dawn and The Tennessee Fire Demos

IN THE DECADE THUS FAR, scores of pretenders have been hyped as having that elevated and hopelessly nebulous notion of greatness (thanks for stopping by ...

My Morning Jacket: The Forum, London

KENTUCKY'S MY MORNING JACKET used to be the adventurous alt.country cousins of Flaming Lips and Wilco, making music as dusty and wild as their beards. ...

My Morning Jacket: "We had to work it out ourselves"

THEY STARTED out in a barn in Kentucky, and became one of rock's great cult success stories. My Morning Jacket's Jim James talks to Stevie Chick ...

My Morning Jacket: The Waterfall

Prolific frontman Jim James returns to My Morning Jacket with his soul refreshed and ready for another tilt at the cosmic windmill ...

JASON ISBELL came to the Merriweather Post Pavilion Sunday evening just nine days after releasing one of the year's best albums, Something More Than Free. ...