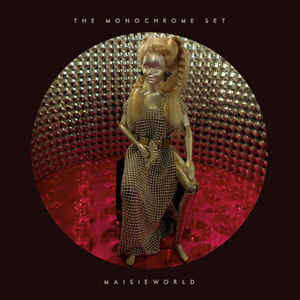 THE MONOCHROME SET FIND HOW TO HAVE FUN IN AN AVANT-GARDE WORLD ...

"THERE WAS one review that said we sounded like Jose Feliciano, the Beatles, Foreigner and Queen," notes the Monochrome Set's Lester Square (real name, Tom ...

The Monochrome Set: Snakes and Ladders

FROM SATIRE to pastiche, vintage sardonic witticism to detached irony. ...

WHAT A TURN UP FOR THE BOOKS. The Monochrome Set, never a band to pay any heed to the prevailing pop climate, have reformed. Now ...

The Monochrome Set: Remembering the Band that History Forgot

THERE HAVEN'T been many bands like the Monochrome Set. They should have been absolutely massive, but instead were sidelined by their post-punk peers and were ...