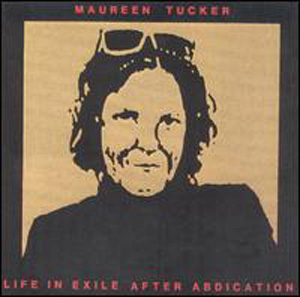 I GUESS THERE must be people out there who aren't aware of who Mo Tucker is. If you're one of them, listen up: MAUREEN TUCKER ...

THEY’RE ALL HERE tonight, convened in a spirit of slackwitted sentimentally: Morrissey (summoned, rumour has it, by the "great lady" herself, who admires his work), ...

MAUREEN TUCKER was the Ringo Starr of the Velvet Underground — an unschooled drummer whose hard, unadorned, idiosyncratic style was an irreplaceable element of the ...

FORMER Velvet Underground drummer Moe Tucker’s life seems to have involved two passionate commitments: to music and motherhood. Her reminiscences, though, often come round to ...

"Like Virginia Woolf, I am aware of the women who are not with us here because they are washing the dishes and looking after the ...

the primer: The Velvet Underground

A bi-monthly series in which we offer a user’s guide to the recordings of some of our favourite musicians. This month, Biba Kopf looks beyond ...