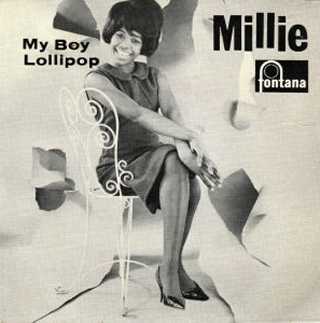 A LOOK AT THE LATEST CRAZE TO TAKE THE RECORD INDUSTRY BY STORM ...

A DARK-SKINNED very feminine ball of fire named simply, Millie. A Jamaican-born bombshell who is an old trouper at the age of 16... and could ...

PETER JONES TAKES A LOOK AT THE SUDDEN INFLUX OF THE BIG HIT GIRLS ...

Report by uncredited writer, Billboard, 23 May 1964

In this business where you're old at 20, Millie and Lulu are the Younger Fry

Profile and Interview by Maureen Cleave, The Evening Standard, 4 July 1964

WHILE THEIR elder sisters, Kathy Kirby, Dusty Springfield and Cilla Black sing moving songs about love and desertion, Millie and Lulu are to be found ...

For forty years, CHRIS BLACKWELL has survived on killer instincts, killer bud and tough business tactics. Along the way, he's changed the course of pop ...

Empire of the Sun: Island at 50

The grand scheme of a gambler with a taste for chicken blood, Jamaican label Island Records introduced Bob Marley and U2 to the world. On ...

Author's note, 2020: The Harder They Come, conspicuous by its absence from this list, was not included, since it was the subject of a feature ...

An Interview with Millie Small