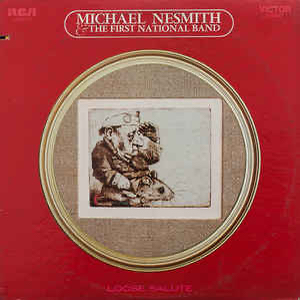 MIKE NESMITH's career has taken a surprising number of twists and turns over the years, from writing songs for Linda Rondstadt in the early Sixties, ...

I Was Hungry, Ugly, Skinny, Poor! By MIKE NESMITH

IT'S VERY hard for me to write about my life, since I can't remember farther back than two years! I don't think there's much of ...

The Monkees: Here is the most amazing article EVER-WRITTEN about a MONKEE

Mike Nesmith wanted me to expose how rude he is reveals Ann Moses in this NMExclusive from Hollywood. ...

MIKE NESMITH has always been the most outspoken of the Monkees, but in this exclusive FLIP interview Mike reveals an astonishing honesty and candor about ...

MIKE NESMITH is about as noncommital as a person can be. Ask him about his music's derivation and he's likely to say that no, he ...

MIKE NESMITH was a member of the Monkees, now he's doing his own thing, come see him at the press party at the Bistro. That's ...

IN THE DAYS when he was the young generation with somethin' to say (though he was too busy singin' to put anybody down), Mike Nesmith ...

IT'S LITTLE known information, but Stephen Stills auditioned for the Monkees. So it follows illogically that CSN&Y was just Steve's ambition to be a Monkee ...

Mike Nesmith: Monkee in the Countryside

Do me the gracious favour of not pointing me out as the most talented Monkee ...

THE STORY so far: Michael Nesmith, a Texan singer and guitar player, has left the Monkees, the manufactured group brought together to make television series, ...

LET IT ROCK recently got hold of a bundle of old publicity photos that Decca was throwing out and the fascinating thing (apart from the ...

MIKE NESMITH has been through a fair amount of professional incarnations, his two most striking public images being most easily summed up as Monkee and ...

Michael Nesmith: From A Radio Engine To The Photon Wing (Pacific Arts)****

"ONE OF THE great advantages of being an artist is that I am able to utilise my craft periodically to write messages to myself," (liner ...

Mike Nesmith: From A Radio Engine To The Photon Wing

NO, I HAVEN'T the faintest idea what it means, but I do feel well chuffed that the task begun in November 1973 has finally made ...

Michael Nesmith: On The Road To ‘Rio’

Interview by John Tobler, ZigZag, May 1977

IT WAS INEVITABLE that when Michael Nesmith returned to London recently to promote jet lag and his single, 'Rio', we should meet again. My vibrant ...

It's more than a tragedy that Mike Nesmith’s 'Rio' wasn't a bigger hit single. Not for me, because I've seen the amazing film about which ...

On TV, Michael Nesmith says he'll be 'the big cheese, the honcho, the stud duck' ...

UP ON THE Sunset Strip, the live scene was hurting. Name bands were now too big to play small clubs like the Whisky: they'd be ...