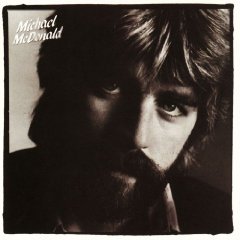 The ex-Doobies/Dan man looks back at his career, discusses his art and ruminates on the meaning of "white soul".

THIS SHOW proved one thing and proved it triumphantly: you can be a paunchy, greying white Californian with a supremely uncool-looking band and still have ...

Michael McDonald: I Survived The Doobies

ON THE FACE of it, Michael McDonald is the kind of West Coast AOR "artist" who has been reviled in NME circles since time – ...

Profile and Interview by Barney Hoskyns, The Times, 1987

THE PREVIEW in Thursday's Independent said it all: "Placid white soul-funker, conservative stuff even by Los Angeles standards." You could not hope to find a ...

Michael McDonald: Behind the Mike

Though he's forsaken Doobies for duets, Michael McDonald's still basking in sunshine and success. Nick Coleman gets him on a bad line. ...

The Heart and Soul of Michael McDonald

'Sweet Freedom' re-established Michael's R&B profile and here he explains to David Nathan why it has always been there. ...

GM: I attended three Dylan shows in your hometown St. Louis in the noughties. Visiting the arch sculpture one day felt weirdly sad, a hopeful ...