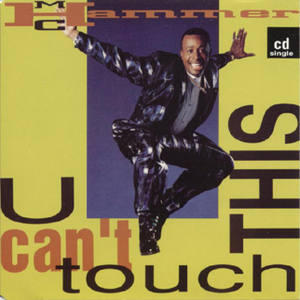 Steve Turner talks to MC Hammer, whose rap album has topped the US charts for 13 weeks ...

David Toop on the rise of Hammer and Ice ...

IF ANYONE was still sceptical about the mainstream of rap, a quick glance at MC Hammer's considerable commercial achievements will soon put them right. His ...

Live Review by Adam Sweeting, The Guardian, 4 May 1991

Hammered home: Adam Sweeting sees MC Hammer let the rap rip at the Birmingham NEC on a night of music and moralising ...

Trousers Of The Holy: All You Ever Wanted To Know About MC Hammer But Didn't Have The Time To Ask

Report and Interview by Stuart Maconie, New Musical Express, 4 May 1991

His voluminous trews tell only part of the story. MC HAMMER may well be as huge as the cut of his keks saleswise, but at ...

MC Hammer: Me, Jesus and the President

Interview by Adam Sweeting, The Guardian, 7 May 1991

Adam Sweeting is privy to a generous 15 minutes of MC Hammer's hard-earned fame ...