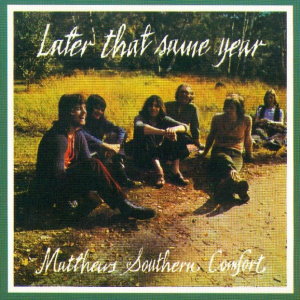 IT IS EASY to forget that pop, nowadays, has become an organic process. The music industry is still mostly in the hands of people whose ...

IAN MATTHEWS' band, slightly changed, steam into their second album, as refreshing and attractive as their first. ...

ON THE surface it seemed crazy — 1,500 kids packed into a hot stuffy old engine shed, while outside the temperature was in the seventies. ...

THE CLUMSY, gangling, instantly lovable James Taylor conquered the London Palladium and made his eventual return to England a triumphant one on Sunday. ...

AS HAS been suggested before in these pages, if mellow tuneful close-harmony country-tinged polite-rock of the sort that is considered indispensable by those who own ...

Goin' Back With Ian Matthews, part 1

IT CAME AS no great surprise to me that Ian Matthews should come quite so high in the recent poll concerning who you'd like to ...