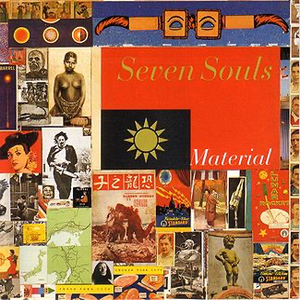 Greetings from NYC: My Week As A Worm In The Big Apple

AS LUCK would have it, my plane ticket to New York City's JFK Airport is open and coincides with the two major jawing topics obsessing ...

Material: When Is A Band Not A Band?

When it's Material, who are sort of several New York bands who are always sort of coming and going in all sorts of wonderful ways. ...

Nona Hendryx: Labelle-d By The Funk

YOU KNOW Nona. Along with Patti LaBelle and Sarah Dash, she was part of LaBelle. ...

AS IT is written on the single, so it shall be on the album... and Herb shows enough courage of his convictions to 'Rockit' right ...

"I DIDN'T JUMP on anybody's bandwagon with this record," insists Herbie Hancock, who has climbed aboard more than a few in a career which has ...

STRANGE TIMING for this double album retrospective, considering how totally the alternative scene has renounced the ambitions of 1979-82, all the rhetoric about Eurofunkactivism, Sex, ...

BE READY to take a passive role listening to this album, unless you're good enough to recognize Vikku Vinayakram playing the ghatam when you hear ...