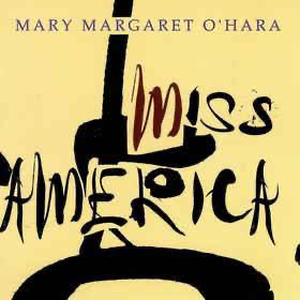 The Canadian songstress on the making of her album Miss America: how she co-produces her music; her wildness onstage; comparisons with Van Morrison and Patti Smith; disputes with Virgin Records over her recording direction, and being helped by Joe Boyd; her acting career; about herself as a singer; rock critics' views of her, and on her favourite songs on the album.

Gawky Canuck MARY MARGARET O'HARA unfit for Irish TV shock! So should we be flinging her magical-pop-with-freaky-dancing at our kids? Most deffo, reckons MICHELE KIRSCH. ...

THE NIGHT is only three songs old when a lone, drunken heckler decides he's had enough. "Stop singing, Margaret," he admonishes. "You'd better stop that ...

DOWN THE WIRES from Canada comes Mary Margaret O'Hara, her voice as devastatingly delicate as shattering glass. ...