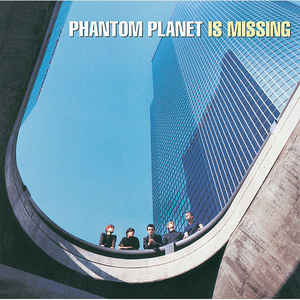 Phair talks about soon-to-be-released landmark debut Exile in Guyville; explains what her songs are about and how she writes; discusses collaborating with producer Brad Wood and their production process; talks about having a mainstream ear and her love of pop radio; about starting to play live, being girly, writing songs all her life and recording tapes at home.

Profile and Interview by Martin Aston, The Independent Catalogue, September 1993

IT'S FOUR IN the afternoon, and Liz Phair is itching to go jogging. But there's plenty of time; this is her first bout of UK ...

A FEW years back, with acid house at its peak and video games beginning to bite into record sales, there emerged a theory that rock ...

Phair Enough: The Girl From Guyville

IF EXILE IN GUYVILLE was Liz Phair's response to Exile on Main Street, Whip-Smart may well be her answer to Smell the Glove. As if ...

FEW ROCK artists making their debuts have been greeted with such an avalanche of acclaim as thundered down on Liz Phair last year. Her double-album-length ...

NO-ONE WAS MORE SURPRISED THAN LIZ PHAIR when her precocious double-album debut became the alternative-rock succès d'estime of 1993. "I was just a neighbourhood kid ...

Liz Phair: Ex-indie rock queen is back on the scene

IT HAS BEEN 10 years since Liz Phair first shocked the prudish world of independent rock with the frank sexual confessions of her debut album, ...

Report and Interview by Robert Sandall, The Sunday Times, 26 October 2003

IMAGINE PJ HARVEY recording with Pete Waterman, or Bjork co-writing songs with one of Simon Fuller's stable of top pop tunesmiths. Weird, and not in ...

An Extraordinary Interview with Liz Phair

WHEN FIERCELY independent and outspoken singer-songwriter Liz Phair first emerged in 1993 with her watershed debut album, Exile In Guyville – a lo-fi, track-by-track response ...

I LOVED LIZ PHAIR'S 2003 EPONYMOUS ALBUM. Sure, the vocals were ProTooled within an inch of their lives, the guitars too emphatic, the attempt at ...

Report and Interview by Will Hermes, The New York Times, 17 October 2005

WHEN JOHNNY CASH returned to the spotlight in 1994 with American Recordings, the first in a series of records that presented him as a folkie ...

CIVIL WAR VET. PSYCHIC. AMATEUR PORNOGRAPHER. THIS POTTY-MOUTHED POP STAR'S BEEN MANY THINGS, BUT... Who Does Liz Phair Think She Is?

TELL US ABOUT YOUR SELF-PORTRAIT. WHO IS PRINCESS SCRIBBLY? ...

Is All Phair In Rock 'N' Roll?

THE PENINSULA HOTEL is an elegant, bordering on ostentatious, spot in the heart of Chicago's Magnificent Mile. As the concierge and desk staff scurry about ...

Who Does Liz Phair Think She Is?

TELL US ABOUT YOUR SELF-PORTRAIT. WHO IS PRINCESS SCRIBBLY? ...