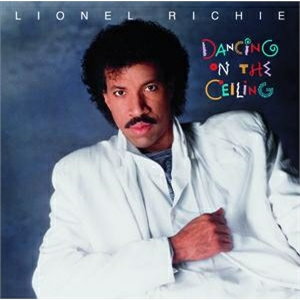 "MAN, YOU'RE talking about wonderful!" In the showbiz world of Lionel Richie, that's the kind of remark you hear all the time. And who's saying ...

USA For Africa: We Are The World (Columbia)

Lionel Richie: Dancing On the Ceiling

IT IS SAID THAT Lionel Richie's previous solo album, Can't Slow Down, sold an unthinkable 15 million copies, the kind of statistic that can cause ...

Lionel Richie: Dancing on the Ceiling

Lionel Richie will never surprise you. His triumph has been his ability to turn conservative dependability into a commercial, and at times even an aesthetic, ...

Profile and Interview by Adam Sweeting, The Guardian, 17 March 1987

Deep in the heart of showbiz, there is one name that's on every guest list. One person — firm of handshake, even of keel — ...

BIRMINGHAM IS Lionel Richie's idea of a party town. We know this because the veteran crooner repeatedly stressed his fondness for Britain's second city during ...

With the stamina of a performer half his age, the veteran soul star swings between raucous R&B and sweet ballads to the delight of an ...

Lionel Richie: "There was something seriously wrong with Michael Jackson. But this is Hollywood"

The downside of marrying a model half his age. The day he discovered Michael Jackson was as mad as a snake. And why the Ku ...